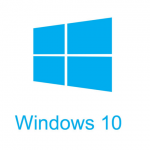 There are a few interesting new features in the Creators Update (version 1703) for Windows 10.

The Windows subsystem for Linux (WSL) has been expanded: it is now based on Ubuntu 16.04 LTS and provides better compatibility and integration.

The command line tool MBR2GPT (MBR2GPT.exe) is very helpful if the startup mode of an installed Windows 10 is to be changed from legacy to UEFI without great effort. The tool ranks several steps together: database aptitude check, repartitioning and creation of an EFI system partition, installation of the UEFI startup files, writing the GPT metadata, updating the BCD startup configuration and, if necessary, correcting the drive letters. Thus, a system can be UEFI bootable without a new installation. The tool is also included in the Windows PE Setup system.